Naomi Campbell has graced the covers of more than 500 magazines during her career, and has been featured in various campaigns of all the top brands and designers you can think about; From Burberry, Prada, Versace, Chanel, Dolce & Gabbana, Marc Jacobs, Louis Vuitton to Yves Saint Laurent and Valentino. 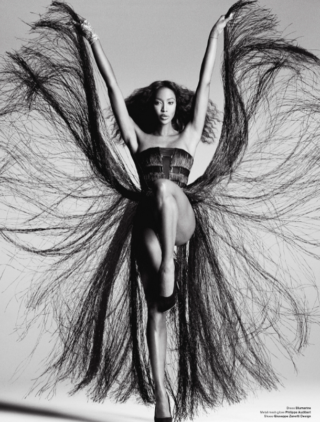 The Supermodel was born in London on May 22, 1970, is of African-Jamaican descent, as well as of Chinese Jamaican ancestry through her paternal grandmother, who carried the family name Ming.

She began modeling at age 15 and Just before her sixteenth birthday, she appeared on the cover of British Elle. Naomi was one of six models of her generation declared “supermodels” by the fashion industry.

By the late 1980s, Campbell, with Christy Turlington and Linda Evangelista, formed a trio known as the “Trinity”, becoming the most recognisable and in-demand models of their generation. 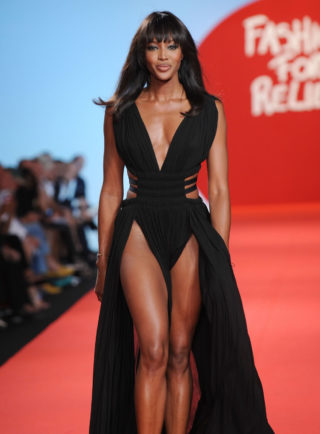 Naomi Campbell has appeared in countless TV shows, music videos and films, including “The Cosby Show,” “The Fresh Prince of Bel-Air,” Madonna’s “Erotica,” Bob Marley’s “Is This Love” and Michael Jackson’s “In The Closet,” As his love interest.

She also starred in hit American drama Empire, which debuted in 2015, playing the part of Camilla, the lover of Lucious’s son Hakeem. 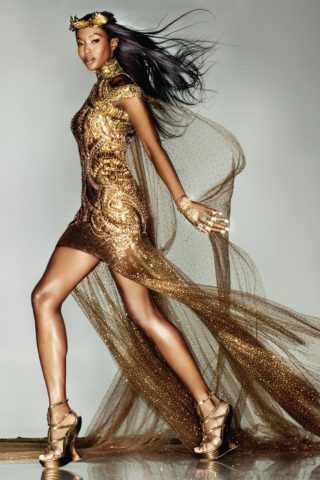 If you have watched “The Face” where she executive produced and appeared as a supermodel coach, you will get a glimpse of her personality. Trust Naomi to give it to you, sugar coating not her cup of tea.

In fact I remember her telling models giving her a hard time “You have nothing to lose, you want what I have.” Some might not agree with her coaching techniques, but the truth of the matter is that the industry is tough; the models have it hard, and so the sooner they grow a thick skin, the better for them.

In her role as executive producer, Campbell brought in key fashion designers, photographers, publications, products and contest partners, and created unique, real-life opportunities for the contestants. 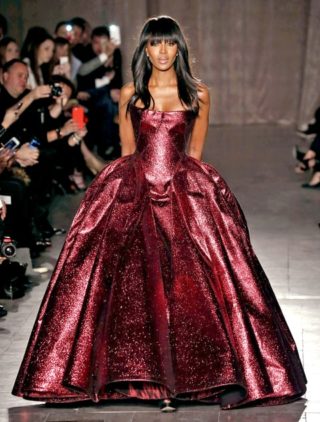 It’s all about personality. Boy, have I learned that during my career! Over the years, my personality has most likely caused me to miss out on some jobs and opportunities, but I also know that my strong personality has helped me secure a spot on some of the biggest runways in Paris, land major magazine covers, get hired for international advertising campaigns, and experience lots of firsts as a black model. It’s my personality that has set me apart from other models and land big campaigns — everything from Prada and Dolce & Gabbana to Dunkin’ Donuts and Milk.

Campbell is also responsible for an incredible amount of fundraising and charity work in South Africa and across the globe. She began charity work with Nelson Mandela in 1993, and in 1997 he named her “Honorary Granddaughter” for endless activism.

In 2005, she established Fashion For Relief, which has since its inception presented shows in New York, London, Cannes, Moscow, Mumbai and Dar es Salaam, and has raised millions of dollars for various causes. 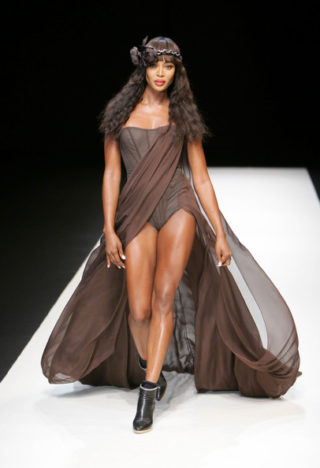 Throughout her career, Campbell has been outspoken against the racial bias that exists in the fashion industry. In 1991, she revealed, “I may be considered one of the top models in the world, but in no way do I make the same money as any of them.”

In 1997, she stated, “There is prejudice. It is a problem and I can’t go along any more with brushing it under the carpet. This business is about selling, and blonde and blue-eyed girls are what sells.”

In 2013, Campbell joined fellow black models Iman and Bethann Hardison in an advocacy group called “Diversity Coalition”. In an open letter to the governing bodies of global fashion weeks, they named high-profile designers who used just one or no models of color in their fall 2013 shows, calling it a “racist act”. 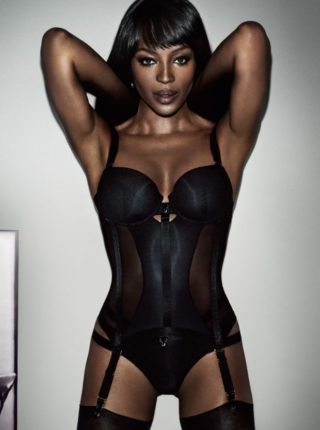 Naomi Campbell has proved that modeling is what she was born to do. After more than two decades as a model, Campbell remains in demand.

In the last 9 years, she has walked the catwalk for Dior’s sixtieth-anniversary fashion, appeared with fellow black models on the gatefold cover of a landmark all-black issue of Italian Vogue, featured on Vanity Fair on the supermodel legacy, appeared on the cover of the fortieth-anniversary issue of Essence and performed with Kate Moss and other supermodels in the closing ceremony of the 2012 Olympic Games, where they modelled haute couture to represent British fashion. Campbell wore a design by Alexander McQueen 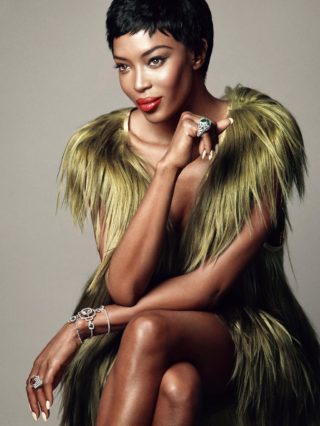 Since 2007, Campbell has been the honorary president of Athla Onlus, an Italian organisation that works to further the social integration of young people with learning disabilities. In the same year she was named an ambassador of Rio de Janeiro by mayor Cesar Maia, in 2009, she was awarded Honorary Patronage of Trinity College’s University Philosophical Society for her charitable and professional work.

In 2010, Sarah Brown presented her with an “Outstanding Contribution” award from British Elle for her work as an ambassador for the White Ribbon Alliance, as well as her work in the fashion industry. 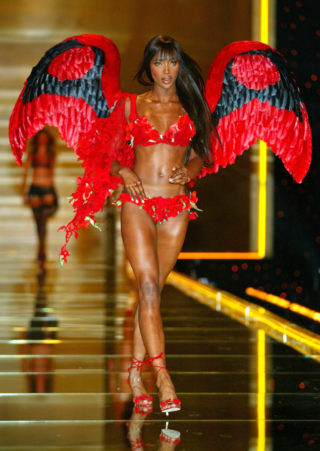 In 2015 she closed the Fall/Winter Zac Posen show at New York Fashion Week, and featured in Spring/Summer 2015 campaigns for Burberry and lingerie retailer Agent Provocateur. In October 2015, she was featured in a two episode arc in American Horror Story: Hotel, as a Vogue fashion editor named Claudia Bankson.

In 2016 Campbell appeared in the music video for Anohni the single “Drone Bomb Me”. 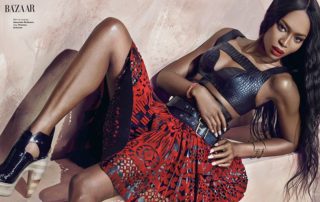 How many times have you fallen and felt like running out of your skin? Let alone if you are model. When you are Naomi Campbell it’s not the same. The supermodel famously fell on the catwalk in Vivienne Westwood’s foot-high platform shoes, which were later, displayed at the Victoria and Albert Museum in London.

Big brands want models to do more than simply pose for photo shoots — they want their models to appear in TV ads, conduct media interviews, connect with consumers on social media, and really communicate to customers and sell their brand! Having the right height, size and look will only get a model so far; having a strong personality and being charming and relatable will help a model land big jobs and become a household name.

There is no stopping this woman. The runway has been her domain.

The sky has never been the limit we are our own limits. – Naomi Campbell
http://www.naomicampbell.com/